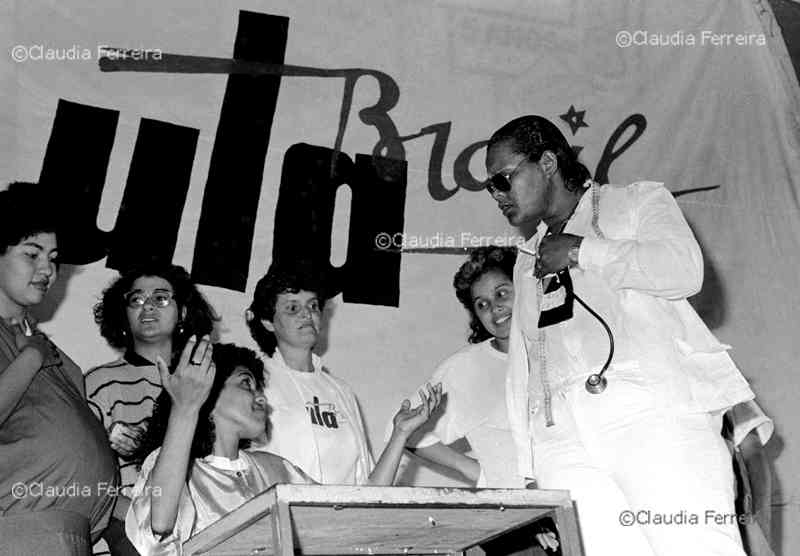 Meeting organized by women of the Frente Brasil Popular (Brazil’s Popular Front) at the Roberto Silveira Institute of Education in Duque de Caxias City, which had the slogan ‘Rumor has it that women do not know how to vote’, and aimed at debating Lula’s his commitment to policies for the empowerment of women. Political campaign for Luís Inácio Lula da Silva, the Frente Brasil Popular (Brazil’s Popular Front - PT, PSB, PCdoB) presidential candidate in the first round of elections.